The Green Bay Packers offensive line looks pretty settled as we begin to look at the new NFL season, but there are some areas of the starting rotation that could still be up for grabs. While the Packers management will be looking at their draft options, there are a number of interesting prospects already on the roster that could be handed the chance during preseason to establish themselves as starting options. One of those is Justin McCray, who returns to the NFL after three years playing arena football, and could now be tasked with keeping Aaron Rodgers free from danger. 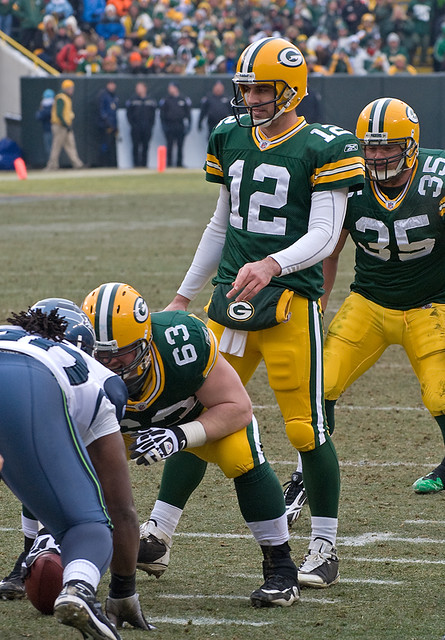 The former Tennessee Titans practice squad member has gone somewhat under the radar after making the move to the AFL, but after a successful spell with the Orlando Predators, McCray now has a chance at making a long-awaited NFL debut. The offensive lineman follows in the footsteps of his twin brother Jordan, who spent time with the Packers practice squad in 2014. Unlike his sibling, however, Justin will be hoping to earn some actual game time for Green Bay, and the 24-year old could have a very real chance in 2017.

In terms of his opportunities, McCray would most likely find his best chance of game time would be at right guard. With David Bakhtiari and Bryan Bulaga seemingly set to occupy the tackle positions for the foreseeable future, Corey Linsley’s increasing injury problems have made his spot in the center less solid than it was before. In the guard spots, though, McCray could be given a run-out. While Lane Taylor looks set to take the left side, the new arrival would do worse than have his focus on that right guard position. 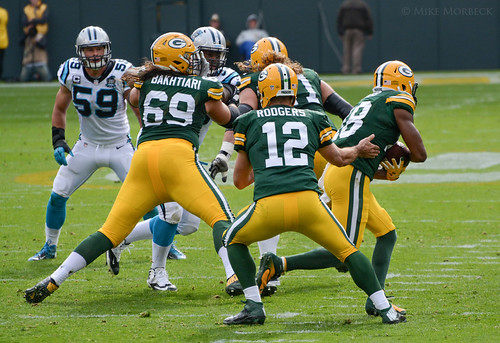 At six-foot-three and 317 pounds, McCray has all the physical attributes to be a very effective offensive line member in the NFL. Tipped to be one of the strongest teams in the NFC and real contenders to go all the way, McCray has joined a franchise with lofty ambitions in 2017. With their odds recently shortened to +1000 by the sportsbooks and looking to drop even further, punters looking to back the side to win the Super Bowl may want to take advantage of some of the offers available from the new betting sites, which include a number of matched-bet welcome bonuses.

With 32 appearances for the University of Central Florida, most of which came at right guard, McCray has proven he can shine in that position before. The NFL is a different story altogether, however, and there will be questions marks as to whether he can make the step up into the big league. But while there is a significant difference between arena football and the NFL, Ty Nsekhe is just one example of a player who spent years playing in the AFL before making a successful transition into the national league with the Washington Redskins.

There might be a number of higher profile options ahead of him in the pecking order, but Justin McCray could be someone to look out for this season.