The Green Bay Packers have to make some serious decisions over the next two months. With the scouting combine this week and free agency starting next month followed by the draft in April, each decision looms large. Expectations are high in Green Bay following a trip the NFC Championship game last year. 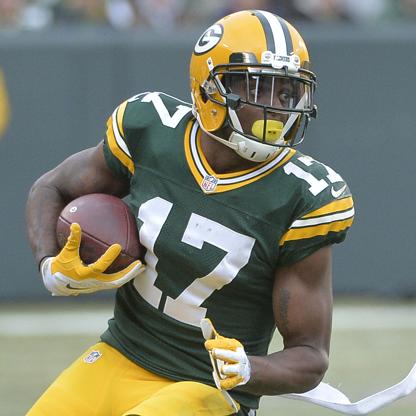 With only one proven receiver in Davante Adams, the Packers top priority should be getting more viable weapons for quarterback Aaron Rodgers. Last year was simply unacceptable. It was clearly the worst group of receivers the Packers have had since the 80’s possibly. I think the only way to do that is free agency. I can’t see a first round draft pick having an impact in his first year, that rarely happens. The problem is, it’s either go big or go home for wide receivers in this years free agent class.

The Packers could go after a guy like Amari Cooper, whom the Cowboys might not be able to afford after signing Dak Prescott. Cooper only made 5.6 mil last year and will probably cost the Packers every bit of 10 million or more. Cooper is the only 1,000 yard receiver from last year available. A.J. Green might be a possibility after sitting out last year with an injury, but how much does he have left at age 32?

Signing Green would be a gamble. Wonder what the odds of him having a good season are? Now days you can gamble legally on almost everything. Usually right from an app. Apps can provide you with today’s racing results, live casinos, and poker games that help us get through the offseason.

Sure would have been nice to have Randall Cobb’s 828 yards last year, letting him walk was clearly a mistake by GM Brian Gutekunst. After Cobb the next highest yardage total is from the Jets Robby Anderson with 779. He might be worth a look. Breshad Perriman from Tampa might also be a possibility, dude averaged 17.9 per grab last year.

I’ve seen mocks that have the Packers grabbing Laviska Shenault Jr. of Colorado or Justin Jefferson of LSU. Either one would be good, how much will you get in year one?

The Packers only other option is hoping and praying Marquez Valdes-Scantling can bounce back (highly likely) or Equanimeous St. Brown emerges after missing all of last season due to an ankle. I would say St. Brown has the better chance to stick next year. Pretty much everybody else on the roster could be let go and nobody would miss them.

Couple that with the fact that the Packers don’t even have a receivers coach yet, it’s going to be an interesting position to watch this offseason.