Unlike every other NFL team, which is owned by a single person or a handful of partners, Green Bay Packers is owned by hundreds of thousands of fans who bought a slice of the Packers in a public stock sale. Green Bay Packers, Inc. has approximately 100,000 shareholders. However, their shares do not produce any dividends, and all profits go to the American Legion. 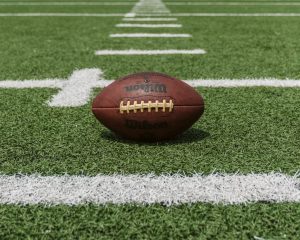 Formation of the Green Bay Packers

The Green Bay Packers wouldn’t exist if it were not for one man: Earl L. “Curly” Lambeau. Born in 1898, Lambeau was a star of his high-school football team. And as a freshman at Notre Dame University in 1918, Lambeau played on the varsity team under the famous coach Knute Rockne. The following year, Lambeau organized a local football team known as the Indians. The name was short-lived, but the team wasn’t. It soon became known as the Green Bay Packers, named after the meat-packing company in Green Bay, where Lambeau worked.

Back in those days, if you wanted to watch the Green Bay Packers play, you would have to see them in the flesh. Of course, things have changed. Not only can you now watch televised games. You can also play video games that feature NFL teams, like ESPN NFL 2K. There are a number of other excellent football games and sports games you can play online too. And if it’s slots, table games, and jackpots you’re after, hundreds of games are available at Casumo casino.

In 1921, Lambeau convinced the Indian Packing Company to buy the Packers a franchise in the newly-formed American Professional Football Association, which later became the National Football League. The Green Bay Packers did well in their first season, and it wasn’t long before Lambeau was recruiting players from outside of the Green Bay area. But to gain access to a broader pool of players, Lambeau needed money to be invested into the Packers. Thus, in 1923, five local businessmen launched the Green Bay Football Corporation, a non-profit entity that would provide financial backing to the Packers. Shares of the stock sold for $5 each and paid no dividends. And it was mandatory for buyers to purchase at least six season tickets. Because the corporation was set up as a non-profit, it was tax-exempt, and all profits could be given to the American Legion.

The new Packers corporation bought some impressive players, like Lavvie Dilweg, Verne Lewellen, and Johnny Blood. The Packers were a powerhouse of a team in the 1920s and 1930s, winning three national championship titles from 1929 to 1931.

The team had much success on the field. But unfortunately, it was not as financially successful during the Great Depression era. One specific incident contributed towards the Green Bay Football Corporation’s financial calamity. When a fan was injured at a game, the Packers corporation was required to settle a $5,000 lawsuit. Not long after, the corporation’s insurer went bankrupt, and the team accrued a huge amount of debt. In 1935, Green Bay Football Corporation went into receivership.

In the mid-1930s, professional football changed for the better, due to a fair college draft system being instituted. Before that move, the four best NFL teams dominated every year because the best players signed with the leading teams. After the draft was initiated in 1934, competition in the league started to even out, and football became more popular. In 1936, the Green Bay Packers had a championship team, and by 1937, the Packers were out of receivership. The corporation reorganized and became the Green Bay Packers, Inc. The rest is history.