Aaron Rodgers is definitely one of the best quarterbacks in the NFL, but was flying under the radar until last Sunday. After two injury plagued seasons and a down year by his standards in 2019, it looks like Rodgers is back with vengeance. The Packers’ controversial pick of Jordan Love in the first round of the NFL Draft may have something to do with it. The Jordan selection could prove to be one of the NFL picks for the worst moves this year if the Packers’ receivers fall flat.

What Can Happen To Rodgers? 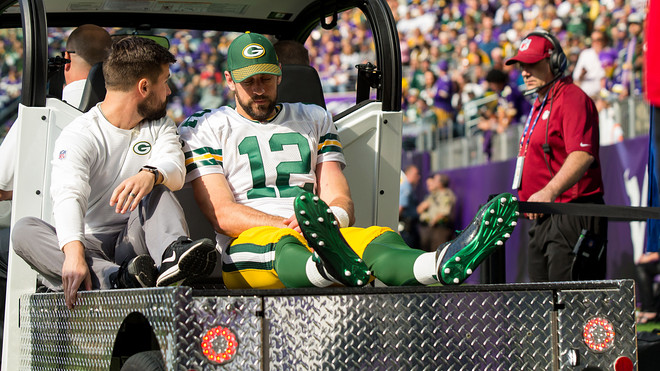 Rodgers is coming into the season fairly healthy but has had some injuries in the past. Most notable was the opening game a few years ago when he was injured. It was at that time the Packers realized just how vulnerable they can be to an injury to Rodgers. The downside is that seems to be a short lived memory as the Packers still have an unproven backup coming into the season.

While the Packers do have a decent offensive line to protect Rodgers, it’s no guarantee he stays healthy all year. He is coming into the season at 36 years old. Granted, Tom Brady is still going strong and is older, Brady had a lot of things going for him. One of the main things that Brady had was a running game and an offensive line that could definitely provide the proper protection.

Who Is The Backup For Aaron Rodgers?

Tim Boyle is the backup for the Packers this year. So who is Tim Boyle? Well, he is a 25-year old quarterback coming into his third season and comes out of Eastern Kentucky. Last season Boyle played in one game.

Boyle played in the 37-8 loss to the 49ers. In the game Boyle went 3-4 for 15 yards. The long that he threw for was only 7 yards. On the plus side he was not picked off in the game and did look decent in the passes that he did make.

What Could An Injury To Rodgers Mean?

If Rodgers were to go down to an injury a lot of cheeseheads would start to think about the end of the year. While it may seem like that it would not be the horrible end the fans would expect. Boyle is a fairly capable backup, but he would definitely have to get up to speed quickly. The one game he was in last year was one which he went into after it was obvious the Pack were going to lose. Being “the guy” is quite a bit different than mop-up duty.

What Type Of Support Would The Packers Have?

Now, in the unlikely case that Rodgers were to go down Boyle would have some help in getting the game balanced out. The running game could support any quarterback that comes to the game as Aaron Jones is a decent back. Now, the one problem that the Packers could have is outside of Davante Adams the Green Bay team does not have much in the way of truly productive wide outs. At the tight end position, though, the Packers have players who can catch the ball and do good in the blocking game.

How Will A Potential Rodgers Injury Impact The Packers?

Well, that really depends. If Boyle can get up to speed quickly the Packers will not miss a step. The downside is Boyle will not really step up as quickly as what the Packers would need and that leaves Green Bay turning to Love, who showed in training camp he’s not yet ready for prime time. Like most teams, if you lose your starting quarterback you are not likely to go far.