Throughout his 15-year professional career, Aaron Rodgers has established himself as one of the National Football League’s best all-time quarterbacks. His talent aside, there is more to the 36-year-old that makes him a once-in-a-lifetime player, including his undeniable loyalty. Moreover, since the appointment of Matt LaFleur in January 2019, increased optimism surrounds the Packers, particularly after their promising start to the 2020-21 NFL season. So, let’s consider whether Rodgers can clinch his highly-sought-after second Super Bowl with the Green and Gold under LaFleur.

Offense Could be the Key to a Second Super Bowl

It’s hardly surprising that a top-level competitor like Rodgers continually aspires to reach the pinnacle of his respective sport. By his own admission, the 36-year-old admitted in an interview back in January 2020 that a second Super Bowl is on his mind “every day”, as per the official NFL website. Interestingly, the 36-year-old has found himself at the heart of a new-look offense under LaFleur, which has served both him and his team well. In May 2020, the Packers’ 40-year-old head coach demanded more explosive plays from his side, and their results undoubtedly point towards attacking improvements.

Regarding the Green and Gold’s start to the new campaign, in the opening two matches of the season, they rank first for the league’s highest-producing offense, according to Sportscasting. Thus far, the Packers have registered over 500 total offensive yards per game, as well as 42.5 points per contest. By comparison, at the time of writing, fellow NFC North team, the Chicago Bears, have only scored 44 points combined across their first two games. 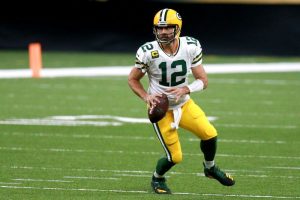 For all of their offensive might, Rodgers is very much leading the charge for LaFleur’s offensively-dangerous team. Crucially, the fact that he has covered 604 passing yards, as well as providing six passing touchdowns, as per ESPN, reflects this.

In reality, few players are more deserving of a second Super Bowl triumph. Over the years, Rodgers’ performances and ability to attract new fans has, in many ways, taken the sport to new heights. This is evident by the NFL’s inclusion at many contemporary sports betting sites. While you can find all the best online gambling sites with free bets here, at BonusFinder, numerous bonus-providing operators now cover the NFL, including bet365, who have odds on Super Bowl LV.

Is Rodgers Out to Prove a Point?

Interestingly, following the arrival of Jordan Love, the 36-year-old has seemingly taken his game to new heights. In the 2020 draft, the Green Bay Packers selected Love as their first-choice pick, a selection that Rodgers has admitted to being surprised by. On the face of it, the draft points to the Pack looking towards the future. However, Rodgers is very much reminding Green and Gold fans of his quality in the 2020-21 season. 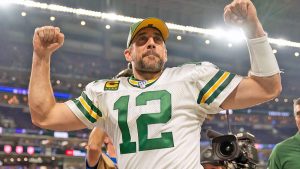 In recording the offensive statistics that they have – scoring 85 points in two matches – ESPN report that the only team in the NFL to have also achieved this feat were the Buffalo Bills back in 1991. If history tells us anything, then the Packers will get to Super Bowl LV if they can continue replicating the Bills’ campaign.

Regarding Rodgers, some have attributed the Green and Gold’s new-found offensive success to his adaptability. As evident from the stats, the 36-year-old has worked on tweaking his current style, with his accuracy and efficiency showing significant signs of improvement in 2020-21, according to Packers Wire. With young, hungry draft picks eying his place, combined with LaFleur’s demand for more from an attacking standpoint, Rodgers has once again risen to the occasion in spearheading the Pack’s early-season charge for the Super Bowl.

Stepping up to the Plate

In the eyes of many, a quarterback of Rodgers’ ability should have achieved more with the Packers. That said, the 36-year-old will have his focus on maintaining the Green Bay Packers’ explosive offense. Ultimately, if they continue delivering the style that LaFleur demands, then few teams will be able to cope with this free-scoring Packers side.