The Green Bay Packers, the team most NFL pundits predicted would regress this season, locked up the NFC’s number one seed in the playoffs by trouncing their arch rival Chicago Bears 35-16. The Packers won their last six games of the season to finish with another 13-3 record, tops in the NFC. Their reward? A visit from six-time Super Bowl Champion Tom Brady and the Tampa Bay Buccaneers. 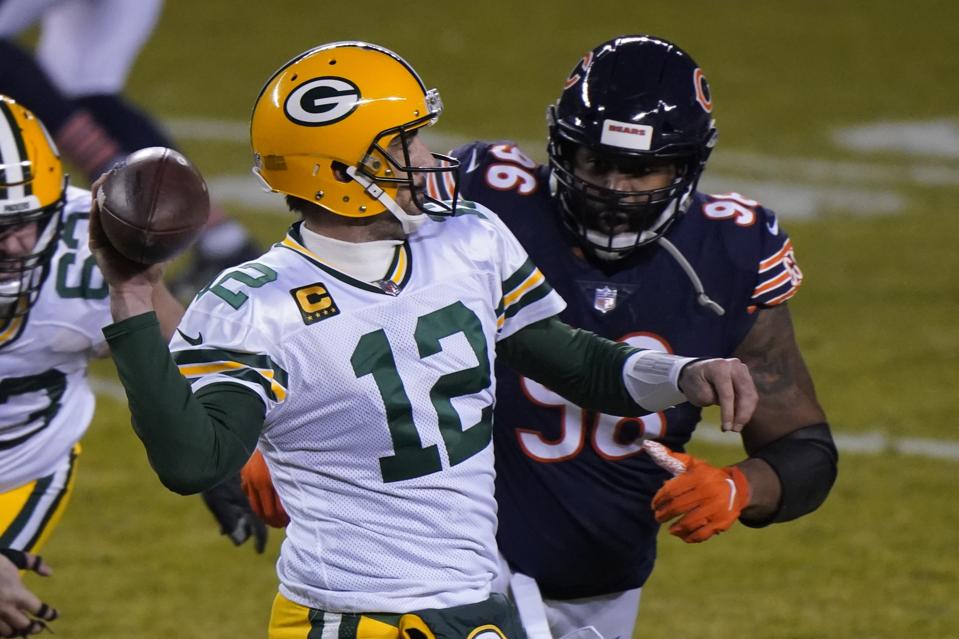 The Packers beat the Bears despite the Bears game plan working almost to a T. The Bears dinked and dunked up and down the field to the tune of 35:29 minutes in time of possession. But they couldn’t turn that time into points, settling three times for field goals. Meanwhile, the Packers had the ball three times and scored three touchdowns to lead 21-13 at the half. The Packers are now the favorites to win the NFC and advance to the Super Bowl. How confident are you in them making it? Look for the best sportsbooks and find the best odds and put our money where you mouth is. The odds can change daily, so do your due diligence.

The Bears kept the game close until the Packers took over with 11:22 time remaining. The Packers’ offense had struggled in the second half after Marquez Valdes-Scantling had another MVS moment, dropping a sure 53-yard touchdown pass. It is what it is with him, after all, he did catch a 72-yarder earlier in the game. Anyway, I digress.

The Packers took over with 11:22 left and did what budding championship teams do, they put together a beautiful time consuming drive that ended with a touchdown and a 12-point lead. And once the pressure was on the Bears, their quarterback does what their quarterback does, throw an interception. Thanks to Mitch Trubisky Davante Adams was able to catch another tug from Rodgers and tie Sterling Sharpe for the most TD catches in a season in Packers’ history.

The Packers’ defense gave up 356 yards and dropped to ninth in the final NFL standings, but they made plays when they had too. They had two turnovers that led to touchdowns and a game-turning fourth down stop to set up the Packers’ game clinching drive. The defense has played extremely well since the Vikings shredded them in week 8. But they will have to really step it up against Brady and Co.

For now, let’s bask in the glory of being the best team in the NFC for at least two more weeks.