The Green Bay Packers are rebooting their defense for the second time in three years after nine years of Dom Capers running the show. In those 12 years the Packers best seasons were 2009 (2nd in NFL), 2010 (5th) and 2020 (9th). But for most of those years, and even this past year, the defense has been the Packers weak link. 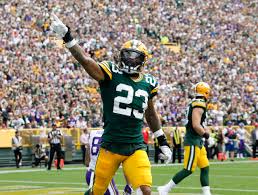 It’s not for lack of trying. Since winning the the Super Bowl the Packers have drafted 43 players on defense. You can count on one hand how many of those players hit. Cornerback Jaire Alexander in 2018 is the only real superstar taken over that time. Nose tackle Kenny Clark is close to that status, he was a first round pick in 2016. If the Packers want to be part of the Super Bowl Odds conversation at some point, they need better players, and soon.

I mean who can forget the likes of linebacker D.J. Smith, or defensive lineman Ricky Elmore and Lawrence Guy? Not exactly defensive stalwarts from the 2011 draft. Davon House was part of that draft and he played a few years, but was a journeyman at best.

There were a few halfway decent players over the years. Mike Daniels made a couple of Pro Bowls, but he ended talking a bigger game than he could play. Blake Martinez was a tackling machine, but that mainly because the line in front of him couldn’t stop a nosebleed.

The class of 2019 shows a little sign of hope. Linebacker Rashan Gary showed some serious potential in is second season and likely will start next year as I expect the team releases Preston Smith. At safety Darnell Savage played better, same for defensive lineman Kingley Keke.

So does it really matter who the defensive coordinator is? I’m not so sure anybody could have won with that lack of talent. Especially in the days of Ted Thompson, who didn’t sign any free agents. At least Brian Gutekunst signed a few and Za’Darius Smith and Adrian Amos are still playing well.

We’ll probably find out who gets the next crack at it in the coming days.