The Green Bay Packers have an excellent football team. They have won 28 games the last two years and and in 2020 had the league’s number one scoring offense and fifth overall. Defensively they finished ninth. Surprisingly, that success did not result in a large number of Pro Bowl sections. The Packers only had five. This year I think they can add to that total.

Here are a few players I think could make the jump this year. 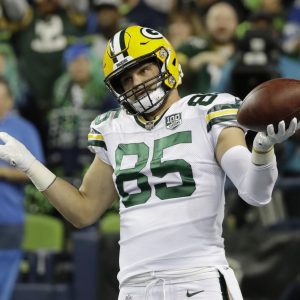 TE Robert Tonyan – Last year Tonyan was arguably the biggest Pro Bowl snub from the NFC. All he did was catch 52 balls for 582 yards and 11 touchdowns. This is clearly a player on the rise and I think he will be an even bigger threat this year. A nice safety valve for Jordan Love in his first season as starting QB. It will be hard to duplicate 11 touchdowns again, but I wouldn’t rule it out.

The Packers are always a popular team to bet on according to kiwi gambler research. Check it out for deals on casinos and more information to help you make the best play.

LB Rashon Gary – The Packers 2019 first-round pick has been getting better each and every week it seems. He was drafted as a project and not expected to make a huge splash right away playing behind Smith and  Preston Smith, but he did manage a couple of sacks and three QB hits.

Last year with more playing time, including four starts, he had five sacks and 11 QB hits. His playing time will increase again this year. And reports are he had a great offseason and will be in tremendous shape when training camp opens later this month. With the juice the new Packers defensive is bringing to the team I think Gary will have double-digit sacks for the first of many times in his career.

Funny how there was no uproar over him being picked as a project like there was Love. But I digress.

Marquez Valdes-Scantling –  OK, I may be going out on a limb with this one, but this kid could quite possibly be the best talent at receiver the Packers have. He just has to learn how to use it. With his size and speed he is pretty much uncover-able on deep routes. We all know why he only had 33 receptions last year. He had more than his fair share of drops and hasn’t earned the trust of Aaron Rodgers.

It will be a different story with Love under center. Love can throw the bomb with the best of them and I think MVS is going to have a huge breakout season. I expect him and Love to meld like Rodgers and Adams did. It will be hard to make the Pro Bowl with all the good receivers in the NFC, but his explosive plays may swing some voters.

The Packers have a lot of talent on this team so there could be others that break out, too. I expect more than five selections in 2021.