The Aaron Rodgers saga continues to dominate the NFL offseason and in the last couple of weeks we actually heard from Rodgers. But with his “I’m the smartest man in the room” attitude we didn’t get any other than “we’ll see” and “I’ll figure it out in a couple of weeks”. He only has one option and that is to return to the Packers and play the 2021 season and try again next year to get traded. 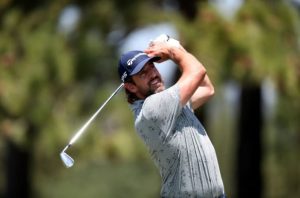 If he retires he has to pay the Packers back millions of dollars from his signing and other bonuses. He could hold out and be subject to mandatory $50,000 a day fine. Money is not going to be deterrent to him as he has more than enough to absorb any fine or pay back any money. He probably won’t get any more Wisconsin sponsorship opportunities after this fiasco, though.

Training camp is three weeks away and Packers Super Bowl odds have fallen to +2000 in recent weeks with Rodgers’ future becoming more and more in doubt. If you think he is coming back you know what to do.

I just can’t see a way out of this for Rodgers. It would absolutely be of no benefit for the Packers to trade him this year. Unlike with Favre, the organization has not made the decision to move on with Jordan Love. They want him back for at least one more year. If Rodgers holds out and shows up just before the opener he most assuredly will have garnered the ire of some, if not many teammates. This isn’t like a running back holding out, it is the focal point of your offense. A QB can’t just walk on the field and have perfect timing with his receivers, especially given the nuances of head coach Matt LaFleur’s offense.

I would be very disappointed if the Packers gave in and traded him this year. There is really no market for him at the price it would take to get a reigning MVP. Next February the bounty might not be as great regarding the number of picks, but getting a top ten pick is certainly likely in 2022. Somehow the Packers and Rodgers need to find a win-win, public way out of this. It won’t be easy.