It seems like we have been asking the same question for the last 12 years. What do the Packers need to do to get over the hump and win a second Super Bowl with Aaron Rodgers at quarterback. The easiest answer is just get Rodgers to play like Rodgers in the playoffs. But since we can’t count on that, how do the Packers do it? 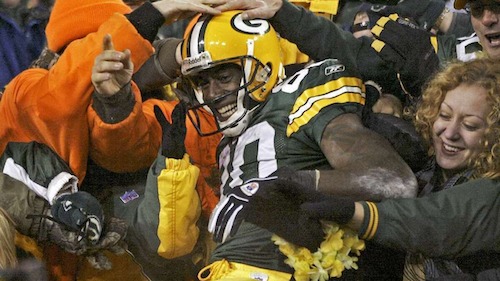 The Packers have tried pretty much everything offensively and defensively over the last 12 years. The shored up the offense in the early 2010s, when they had some of the best offenses in the NFL history. With receivers like Donald Driver, Jordy Nelson, Greg Jennings, James Jones and tight end Jermichael Finley the Packers were virtually unstoppable in their post 2010 championship years. The problem was the Packers’ defense made even the most average offense look unstoppable as well. You can’t win in the playoffs with that style of football.

This has been a very exciting NFL offseason. It seems the NFL is a year-around sport. Even now Google is getting more and more search queries like “help editing my paper” or “hire someone to write my essay” from students who want to keep up on all the transactions and their academics at the same time. Both are full time jobs these days.

You only have to look at the 2011 divisional round playoffs for proof that style of football is not conducive to winning playoff games. The New York Giants came into Lambeau Field and whipped the 15-1 Packers with a punishing style of football that the Packers had no answer for. It was also the first time we saw Rodgers underperform in a playoff game, a trend that continued to this day. 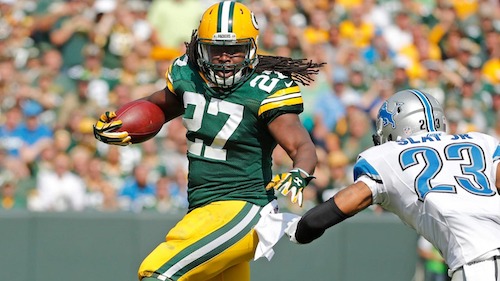 Following that debacle and another blowout loss to the 49ers the next year, another poor Rodgers performance I might add, the Packers switched gears and tried to be a run first team. In 2013 the Packers drafted Eddie Lacy and gave him the football early and often. Of course they promptly lost Rodgers to a broken collar bone that year but being able to run the ball with Lacy allowed the Packers to hang on still win the NFC North.

In a playoff rematch with the 49ers, in Lambeau this time, the Packers, with a clearly rusty Rodgers, lost on a last minute field goal. It was a game they very much could have won. I can’t criticize Rodgers on this one because he missed over half the season with an injury. If it wasn’t for that miracle Rodgers to Cobb touchdown the pervious week in Chicago the Packers wouldn’t have even been playing that day.

The following year the Packer had one of the most balanced teams they had under Mike McCarthy. Offensively they were eighth in passing yards and 11th in rushing yards. And on defense they were 13th in points against and 15th in yards against. In the playoffs they beat a solid Dallas Cowboys team in Lambeau before heading to Seattle for the NFC Championship game.

We all know what happened there. The Packers dominated the game for 55 minutes before a string of astonishing errors ended their season in bitter disappointment. The biggest error of them all came on special teams when the infamous Brandon Bostick choose to go rouge on an offsides kick attempt by Seahawks. Wanting to be a hero he ended up being one of the biggest goats in Packers’ history.

Can special teams make the difference?

So could maybe adding a real special teams coach be what the Packers need to overcome Rodgers in the playoffs? Last year it appeared they fixed the defensive problems that have plagued them over the years since that 2014 season. Now can they fix the special teams the same way?

It was clearly special teams that cost the Packers the game in January. They were horrible all year and it was just a matter of time before one of their gaffes became catastrophic. Now the Packers went all in a on a special teams coach and very well could make the draft part of the rebuild.

The Packers only have one position of dire need that needs to be addressed and we all know that is receiver. Once that is addressed the Packers will be taking the best player available and I believe special teams play will be a big part of who that is. It will most certainly be a factor in the un-drafted free agents they sign.

It is believed that new special teams coordinator Rich Bisaccia has had some input on the types of players he needs. The Packers obviously need to worry about the starting 22 positions first. But the ability to play special teams once again needs to be a way to make the roster. Now more just making the roster and then figuring out who plays special teams.

If the Packers can make special teams a weapon like it was in 1996, it might be enough to get the Packers over the hump. That year Desmond Howard returned three punts for a touchdown and Don Beebe added a kickoff return for a score. And that unit saved it’s best for the playoffs. Howard added another punt return TD in the divisional round and of course took a kickoff to the house in the Super Bowl to win the MVP award. That’s what the Packers need right now.