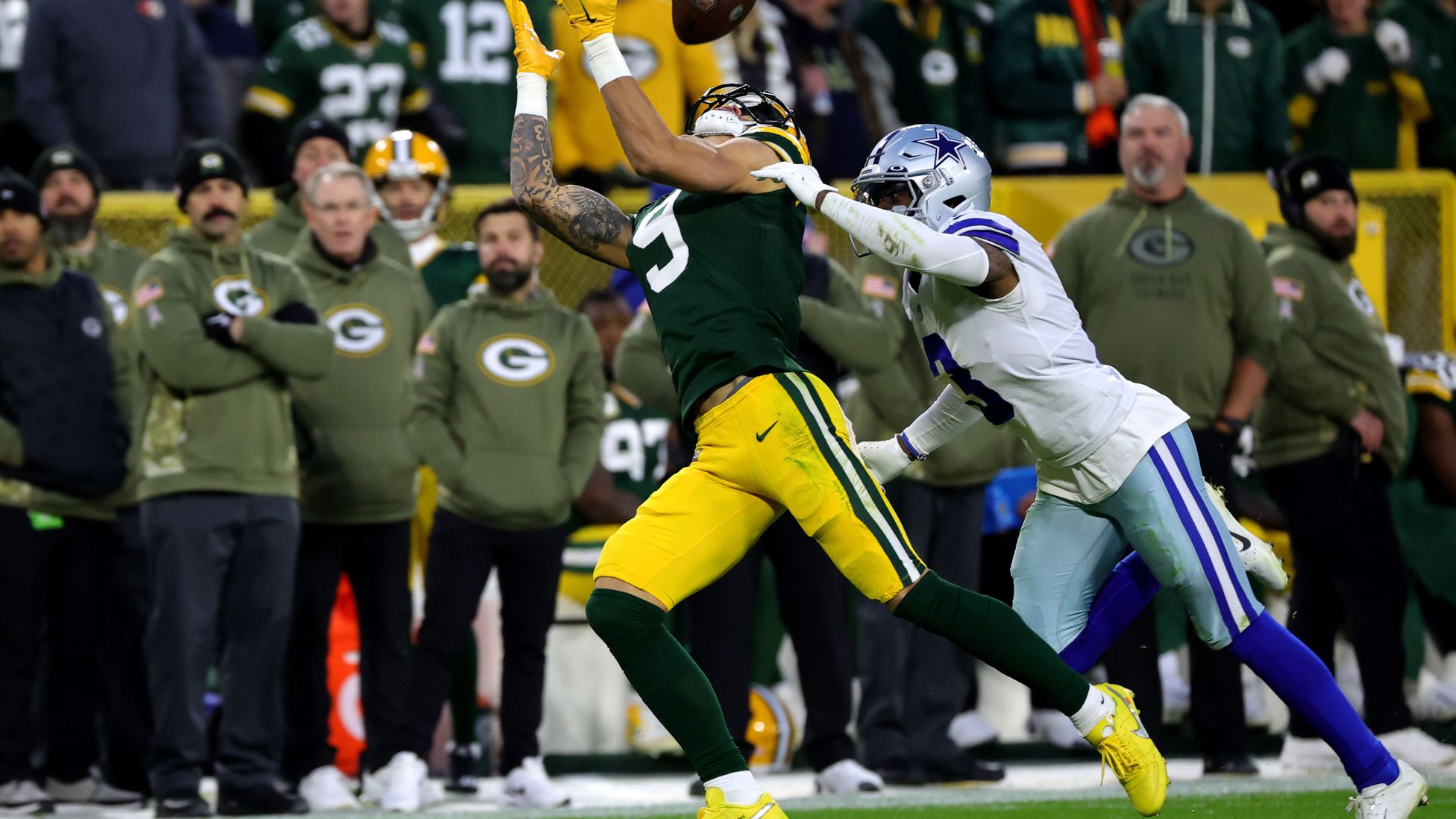 The Green Bay Packers shocked the NFL world today. By rallying the Packers from a two touchdown fourth quarter deficit, Aaron Rodgers showed there is a little life left in the old bear. While he only had to throw the ball 20 times due to a dominant running game, Rodgers made his passes count. He had three touchdown passes to rookie Christian Watson and huge hookups with veterans Allen Lazard and Sammy Watkins.

Couple Rodgers’ best game of the year with a running game that had over 200 yards and you have a recipe for success. The Packers didn’t panic when they got behind 28-14 in the second half and stuck with the run. By doing so it helped open up the downfield shots that are now possible with a healthy Watson. While he did have one bad drop early, Watson definitely showed he has the most talent of any receiver on the Packers’ roster.

This was probably the Packers’ defense best game of the year if you ask me. They gave up a lot of yards, 421 to be exact. But they finally got some key stops to give the Packers’ offense a chance. They had a big stop in the fourth quarter to setup the Packers long game tying drive and another on the opening drive of overtime.

Of course, you can’t talk about the defense without talking about safety Rudy Ford. Ford had two first half interceptions, one of them in the end zone following an Aaron Rodgers fumble that gave the Cowboys a short field. Three plays later Rodgers hit Watson for a 58-yard touchdown and what could have been a 14-0 deficit turned into a tie game.

This is the kind of complementary football we were expecting from this team. Now can they keep it up and keep their faint playoff hopes alive? We’ll find out quickly as the Tennessee Titans will be in Lambeau Thursday night. Gotta keep the faith.