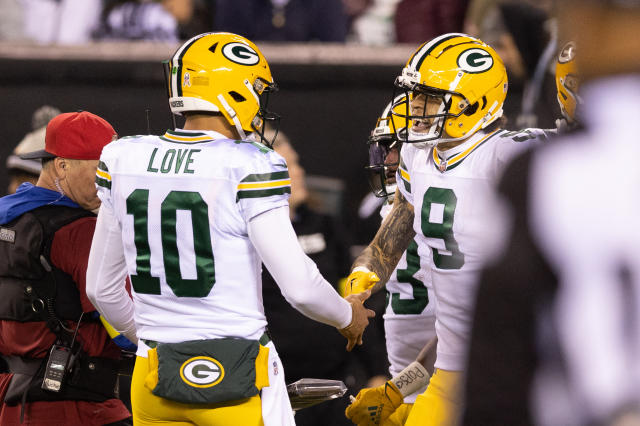 The Green Bay Packers fell to 4-8 last night and Joe Barry’s defense got exposed as complete fraud once and for all. While head coach Matt LaFleur is too stubborn to make a change during the season, a change had better be made in the offseason. Jim Leonhard’s phone should already be ringing. Tell him there is a blank check in the mail, fill it out and return it with a start date. I knew hiring Barry was a mistake from day one. He took a serviceable defense and ran them into the ground in less than two years.

The Packers were able to overcome their defensive shortcomings last year because they had Davante Adams and a quarterback still playing at a high level. Without those two components this year the Packers needed to rely on their defense to keep them in games. At that the defense has been an abject failure. The record doesn’t lie. LaFleur’s decision cost the Packers any chance they might have had to send Aaron Rodgers out a winner. And in turn will probably cost him his job if he doesn’t have the guts to fire his buddy.

The Packers odds to win the Super Bowl are pretty much over but there is still fun to be had in the gambling world. Casino games are a lot of fun but make sure check out casino bonus guides to make sure you are choosing the right casino that has the right games and pays out when you win.

How can they be this bad?

I really don’t know how a professional football team can be that bad on defense. I refuse to believe the talent level is that bad. In fact, I believe there is more than enough talent on that defense to be good. When the Eagles are able to have an entire half field completely free of white jerseys it is very clear this is a scheme problem and not a talent problem. The only Packers’ defense that has ever been worse than this in my mind is the 1983 squad that finished dead last in the league by almost 500 yards. Every game looked like last night.

Not all is lost

This season is over as far as the playoffs are concerned, which brings to the one real bright spot last night. Jordan Love. The difference between his passes and Rodgers was striking. This was not a situation where the Eagles had a huge lead so they were playing soft. The game was very much on the line when Love was playing. His fourth play was a 63-yard touchdown pass to Christian Watson to make it a one score game. Of course, the defense gave that right back and then failed to stop the Eagles again after Love led another scoring drive.

Love knew where he was going with the ball and when his downfield target wasn’t open he took the check down. Simple stuff that Rodgers doesn’t do much anymore. For example one of Love’s throws was a 7-yarder to Allen Lazard that picked up a first down. Rodgers would have probably tried for the TD and would either get sacked or throw off target. With Rodgers now nursing an rib injury it only makes sense to put him on IR and see where they are at in four weeks. It is time.

Watson is a beast

What more can you say about Watson? The man has been a beast the last three games. Six touchdowns and most of them spectacular plays. Now that he is playing regularly it is very clear why the Packers moved up to draft him last April. Who knows where he would be had he not missed training camp, which probably led to the soft tissue injuries he suffered early in the season. Can’t do anything about the concussion, that was just bad luck. It’s going to be fun to watch him progress. He and Love looked like they have playing together for years.

Not often Packers-Bears is a battle for last place in the division, but that is what we have Sunday. Not exactly sure of the tiebreakers but the if the Bears win both teams will be 4-9 and in last place in the North. I sure hope Love gets the start against this Bears’ defense, he’ll light them up. Mike White of the Jets looked like Joe Willie against them yesterday. Love should have a field day.

We’ll see if Justin Fields plays, but after watching the game last night he must be licking his chops. If Love plays I think the Packers win, so we’ll see how the week plays out before making my prediction. Things are getting a whole lot more interesting in Green Bay these days.