It’s easy to forget how much fun a win can be. Even more fun? The final 2-weeks could be more exciting, and maybe, just maybe, not the final 2-weeks.

In recent weeks posters on this site asked other fans “would it be better for the Packers to win a meaningless game against the Rams or Bears?” Of course, implying that a higher draft pick would be more valuable than a win. I was right there with them in early November after a soul crushing loss to Detroit. Now, I can see that view is nonsense and the defeatism of demoralized fans.

If you want to talk draft picks, let’s talk about the 2022 draft. From a baseball analogy, the Packers’ ’22 draft looks like a solid triple, with the potential to be a home-run or an epic grand slam. If he can stay healthy Christian Watson may be a generational talent. Zach Tom, Romeo Doubs and Kingsley Enagbare, look like starters or strong contributors for years to come. Just those 4-players make this a great draft class.

Ironically, top picks Quay Walker and Devonte Wyatt are the wild cards. Neither player has made a big impact yet, although Walker has started and played most defensive snaps. The big thing is, they don’t look like busts. There was even a Tariq Carpenter sighting on special teams on Sunday. If seventh rounder Carpenter or third rounder Sean Rhyan are able to be even viable players the 2022 class could be historic.

Losing with purpose is like introducing cancer on an organization. It can never be encouraged or allowed to spread. Yes, the 2023 draft will offer plenty of juicy talkers. We’ll discuss those for months in February, March and April.

Gritty win brings on the Griddy

The win over Miami revealed some real grit in this Packers team. The fumble caused and recovered by Jarran Reed is one of the key moments of the Packers late revival. That turnover was potentially a 10 point swing. Psychologically it was even more. More grit came from an improbable 31 yard connection between a 39-year old QB and his 38-year old TE, giving us old guys a glimmer of hope. 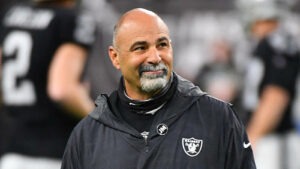 Nothing is guaranteed with Justin Jefferson and the purple coming to town. Joe Barry and company have to have a better strategy to stop him than they did in the season opener. Yet, no one else in the NFL has really stopped him, so what makes us think the Packers can now? Hope is the answer, and hope has gotten some new life….draft pick standing be damned.