Letroy Guion has capped off an eventful few weeks by finally agreeing a new one-year deal to re-sign with the Green Bay Packers. The defensive tackle had been a free agent since the beginning of March after the one-year contract he signed last year came to an end following a season in which Guion really established himself as one of Green Bay’s most productive defensive players. On the back of a season which was brought to an end after defeat to the Seattle Seahawks in the NFC Championship game, the Packers have plenty of motivation heading into a new campaign that gets under way in September. It is no surprise the Green Bay management are trying to keep the spine of this team together.

Packers head coach Mike McCarthy never hid his desire to keep Guion in his squad and the news will be a huge boost to Green Bay ahead of the new season. The new contract with the Packers came just a week after Guion’s plea agreement in relation to his arrest in February on drug and firearm possession charges. It was also only a matter of days after the 27-year-old had been given the full courting treatment by the Seattle Seahawks. But rather than make the move to the west coast, Guion has decided to remain in Green Bay and sign a new contract with the Packers, who will once again start the season at priced at around 13/2 in the Super Bowl betting.

Guion was an ever-present under McCarthy last season, starting every game for the Packers following his release from the Minnesota Vikings in a campaign that saw him record career-high figures in terms of tackles and sacks. While Guion showed how good he was during his six seasons with the Vikings, it was not until last year that the former fifth round draft pick really put himself among the best tackles in the league. The Packers knew that he was one of the free agents they needed to re-sign this winter. 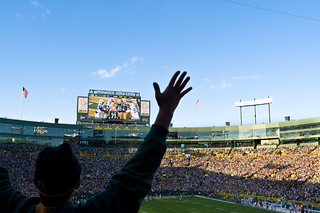 Guion is the fourth free agent to agree a new deal in Green Bay after short flirtations with the free agency, albeit the first defensive player to re-sign. He joins receiver Randall Cobb, tackle Bryan Bulaga and quarterback Scott Tolzien in committing himself to the franchise for at least the next 12 months. Another defensive tackle the Packers are trying to re-sign before the new season is B.J. Raji. After suffering a bicep injury that ended his season early last year, and also gave a bigger role to Guion, Raji has been offered a new contract that is worth significantly less than the one-year $4 million deal that has just ended. The defensive tackle may feel he is worth more than he is being offered.

It has not all been incomings, though, and the Packers have lost cornerbacks Tramon Williams and Davon House to the Cleveland Browns and the Jacksonville Jaguars, respectively. It is clear that Ted Thompson will be looking to replenish his reserves before the start of the new season.