Lots of discussions take place on which is better – the NFL or CFL – and in this article we are going to compare and discuss the differences between the two leagues. We will also delve into the history of both, and we also have the current trends for those who plan on placing bets this season.

NFL stands for the National Football League and is the professional US football organization. It was founded in 1920 in Canton, Ohio. It began with five teams from Ohio, four from Illinois, two teams from Indiana, and two teams from New York. The NFL had competition from the American Football League (AFL) and the two merged in 1970 to create a 26-team circuit. Expansion of the league has occurred four times since. There are now 32 teams broken into the National Football Conference (NFC) and the American Football Conference (AFC); Green Bay Packers are part of the NFC North. The league season comes to a close with the annual 12 team playoffs and the Super Bowl championship game. The Green Bay Packers won the Super Bowl XLV (2010/11) and you can catch up with all the latest news for the team on our website. 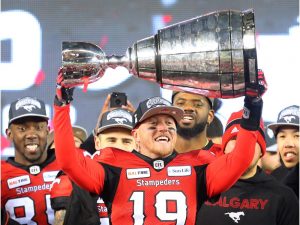 CFL stands for the Canadian Football League. It was formed back in 1956 and was originally known as the Canadian Football Council. It consisted of a football and a football rugby union, and gridiron football was played. In 1958 the name was changed to the CFL when the Western Interprovincial Football Union and the Interprovincial Rugby Football Union became the two conferences that we have today. In 1966 Grey Cup ownership was given to the CFL by the Canadian Rugby Union. There are two divisions in the CFL. The West Division and the East Division and there are 9 teams in total. The season starts in June. The current Grey Cup holders are the Calgary Stampeders from the West Division.

Betting on CFL and NFL Games

If you are planning to bet on football or any other sport, you need to get the best odds and understand the game. If you plan to bet on football in Canada or USA understanding the differences between the NFL and CFL is important and we have the 10 big differences listed below. Online sportsbooks are great and offer some of the best odds for both NFL and CFL and many offer free bets and regular promotional offers too.

The CFL season begins in June with plenty of reasons for bettors to get excited. There are only nine teams with changes happening over the winter. The Odds are in for the Grey Cup already with the Calgary Stampeders at +250 and the underdogs Montreal Alouettes at +2000. This can all change very quickly though. Be sure to keep an eye on our Packers NFL schedule for 2019 for the latest trends and predictions are they are released.

Top 10 Differences between the NFL and CFL

Fans of professional football in North America have two great choices, the NFL in the United States and CFL in Canada. Below are the main differences between the two.