The Green Bay Packers absolutely destroyed the Chicago Bears Sunday night and in the process took complete control of the NFC North division. Only a colossal collapse will prevent the Packers from defending their division title. It was a huge game and the Packers played arguably their best game of the year. 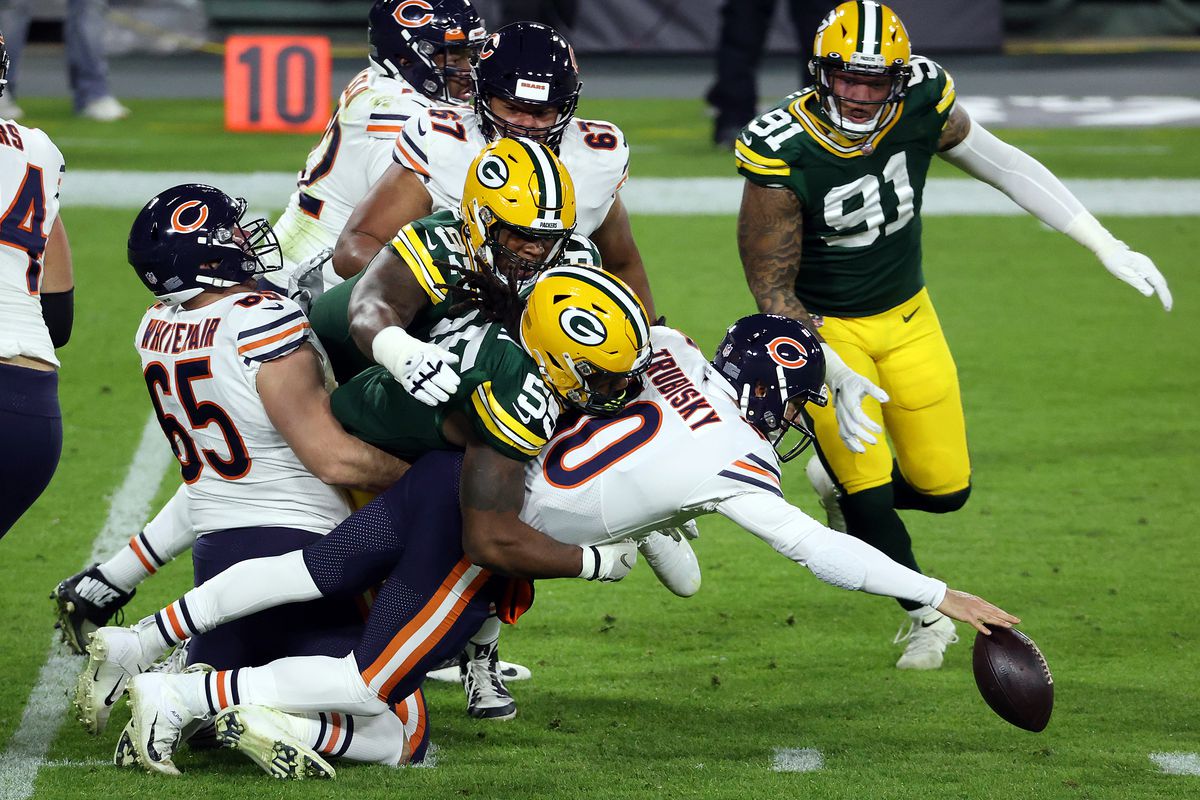 I thought it would be a tough game. It was the Bears’ Super Bowl. But by the second half the Bears’ defense was beaten and bruised and just going through the motions. The Packers’ offense completely dominated the once mighty Bears, scoring touchdowns on their first three drives. Three textbook 75-yard drives that took the heart out of the Bears’ right from the start. And then you throw in Mitch Trubisky being Mitch Trubisky and it was a prime time cakewalk for the Packers.

The beauty of the beatdown was that the Packers ran it right down the throat of the Bears’ vaunted defense. The Packers rushed for 182 yards, which in turn opened things up for Aaron Rodgers, who was like a great maestro running the offense. It was just fun to watch.

The Packers’ defense played one of its better games as well. They got two interceptions from safety Darnell Savage and a fumble-six from Preston Smith that really demoralized the Bears. They held the Bears completely in check while the game was being decided, but did give up two late touchdowns again. Would like to see them keep the hammer down the whole game for once.

This was a game the Packers had to have to set up the run to the division title and possibly the number one seed in the conference. The Packers trail the Saints and the only tough team the Saints play is the Chiefs in New Orleans in week 15. The Packers still have the on-again Tennessee Titans in Lambeau in week 16. Both teams should win their other games. Of course, the Seahawks are likely to have a say in all of this as well.

The Packers have set themselves up nicely for the stretch run. Let’s see if they can capitalize on it.