The NFL is in a lull right now with free agency pretty much over and nothing officially on the schedule except the NFL Draft starting April 29. Normally the NFL would release its upcoming schedule at this time but it won’t be announced until the second week of May this year. But I’m bored so here is my take on the 2021 opponents. 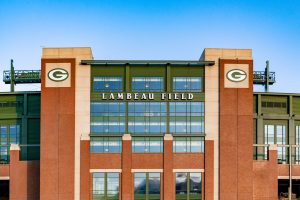 The Packers will face the Saints, Cardinals, 49ers, Ravens, Bengals and Chiefs on the road. Along with the usual division foes. Yep, the Packers get a trip to Arrowhead with the expansion of the schedule to 17 games. At home the Packers get the Rams, Seahawks, Football Team, Browns and Steelers. And of course the Bears, Lions and Vikings.

That’s six teams with double-digit wins last year. The Packers only play five teams that had a losing record last year, and two of those, the Vikings and 49ers are certainly not expected to do that again. This is a fairly tough schedule that could get you some good odds at sports betting South Africa, if you are looking to bet the house on the Packers to win it all this year.

But of course teams can change dramatically from one year to another, so this could turn out to be an easy schedule in the end. You never know. If I had to guess who might slip this year the first team to come to mind would be the Saints. With Drew Brees retired and either Taysom Hill or Jameis Winston taking the reins I could see them taking a step back. Probably six one way, half-a-dozen the other between those two quarterbacks. Guess I would lean toward Winston.

I could also see the Steelers taking a step back. In fact you could argue they have already began that journey at the end of last year. They were just plain ugly, and then got smoked by the Browns in the playoffs. Big Ben looked shot. Is that what the Packers are worried about with Rodgers? He is just one year younger than Roethlisberger.

To start with, the aforementioned Vikings and 49ers. The Vikings have a lot of the talent and did address their biggest weakness in free agency. Hard to see them being that bad on defense again. And they are loaded on offense. They will be the Packers biggest threat in the division. The 49ers were ravaged by injuries last year. But they will be back to full strength and may have a new dynamic QB under center. The 49ers will be back in the mix in the NFC.

I’m not too worried about the Lions or the Football Team and especially not worried about the Bears. The Bengals are a sleeper and that game will depend on when the Packers play them and if Joe Burrows is back by then. They are rebuilding the right way it seems and just need the QB back to make some noise.

Can’t wait to see the schedule and sure hope I can get back to Lambeau this year. It just hurt to have to sit here two miles from the most iconic stadium in sports and not be able to go.