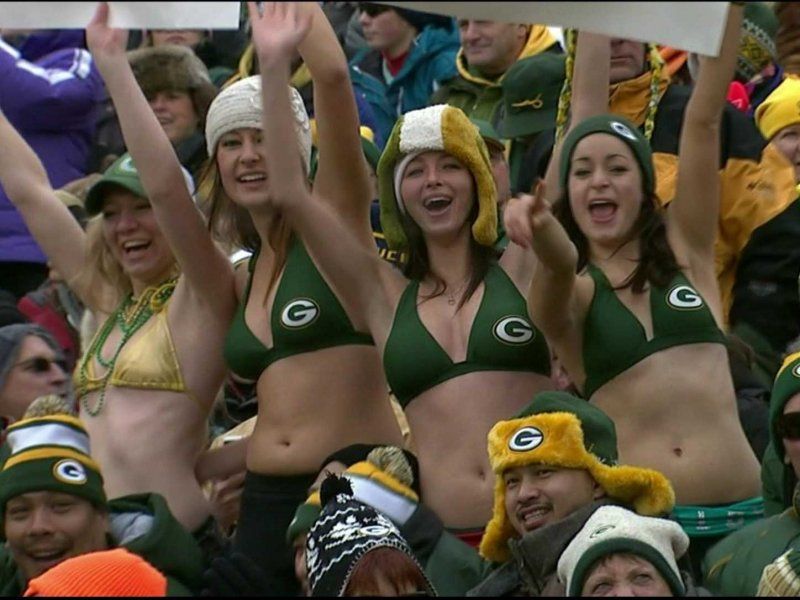 The 103rd National Football League season is scheduled to begin on September 8 and both teams and fans are gearing up for what is anticipated to be another grueling and jam-packed 18 weeks of football.

Last season was frustrating to the Packers Nation, losing 13-10 to the San Francisco 49ers in the playoffs. Coupled with doubts about where their star player, Aaron Rodgers, would play the following season, many fans could not wait for a turnaround to improve things.

Many fans would be happy with a repeat of 2010 when the Green Bay Packers won the Super Bowl XLV, beating the Steelers 31-25 in a thrilling game at the Cowboys Stadium in Arlington, Texas. To make this a reality, the Packers must return to the drawing board and change a few things.

Here is a detailed analysis of how the Green Bay Packers can improve its performance for the fans and aid Wisconsin sports betting fanatics who follow the NFL in placing winnable bets.

Aaron Must Step Up

Aaron Rodgers is a celebrated four-time MVP and a reigning double Hall of Fame-bound athlete. With a 111.9 passer rating and the first quarterback with over 13 wins in three straight seasons in the league’s history, the former Cal star is one of the best in the game.

However, last season Mr. Rodgers’s performance in the playoffs did not match his MVP status, and the fans were rather impressed. He provided only one touchdown in the first half, the only touchdown the Packers had in the whole game.

Now that the dust has settled and Mr. Rodgers is here to stay for the next three seasons, he should get his head into the game and deliver as the MVP he is.

Add More Talent to The Squad

With Davante Adams traded to Las Vegas Raiders, the Packers need to find a suitable replacement in time. The connection between Aaron and Devante was admirable, sometimes telepathic. Since 2014 when Adams was drafted into the Packers 2014, Rodgers managed to find him for 68 receiving touchdowns.

The Packers must fill these big shoes if they want to shine this season. In the current roster, Christian Watson is an upcoming talent that can learn from veteran Randall Cobb, but to play like Adams will take time.

Since the NFL draft window is already closed, some good athletes are free agents the team the GM can pursue. The depth is lacking, and Henry Black didn’t excel very well as a backup safety last season. With no well-proven backup to Darnell Savage and Adrian Amos, an injury to either would be a blow to the Packers.

Amari Rodgers and Malik Taylor’s 18 and 19 yards per kick are lower than other top kick returners in the league, and the Green Bay must seek more consistent and reliable players. Although RB Kylin has shown some impressive kick returns in the preseason, he still lacks enough experience and could be a future budded as a future talent.

The Special Team Must Improve

The most noticeable downfall of the Packers team last season was the special teams. Their display was disastrous last season, whether it was the kickers, punters, receivers, or kick-off returners. The fans want this bunch to be on a different level next season.

The task is with the new special team’s coach Rich Bisaccia who the Green Bays hired from Las Vegas Raiders to bear fruits where Maurice Drayton had failed. Bisaccia is experienced and had the same stint as an interim coach with the Las Vegas Raiders in 2021; he has been in a coaching role in the NFL since 2002.

Aaron Rodgers is a star, and once he is happy, the whole team excels. The Packers’ gameplay is centralized around Aaron Rodgers, which is why the team results are depressing when he plays badly.

After a three-year contract extension worth $150 million, the quarterback is set to stay with the Packers for longer. He has also been allowed some time off the off-season training program and has some time to himself. Coach LaFleur has also returned Rodgers’ favorite position coach, Tom Clement, in the off-season to boost his morale and skills.

The last step could be to find him another favorite receiver. After losing Adams, Sammy Watkins, a veteran receiver in his ninth season, is the next in line. But after picking an injury in the offseason, GM Gutekunst is set to go shopping for the right talent.

The fact is that no one can replace Davante one for one, but the team can re-strategize that the wide receiver to work better with the offensive next season.

Last season the Packers had mixed results. After losing to the New Orleans 38-3, they continued to record seven straight wins after week one. Running backs Aaron Jones and A.J. Dillon managed 1,100 yards, and Davante Adams produced another All-Pro season. They also lost to the San Fransico 49ers in the playoffs.

Packer Nation wants the Packers to assure them that they are the true king of the NFC North. They have to continue winning. They must display rhythm and consistency in the regular season to win the Super Bowl.

Green Bay’s defensive line features some of the best players in the league. Pro-Bowler Kenny Clark and Al-Pro line-backer De’Vondre Campbell are both strong and experienced footballers. The three cornerbacks Jaire Alexander, Eric Stokes, and Rasul Douglas, all make a dynamic defense that can produce exemplary results if they stay consistent and injury-free for a big chunk of the season.

Star players who are always on the injury list like David Bakhtiari are also a burden to the team when they don’t play. Coach LaFleur could be very optimistic that an injury free Bakhtiari could win the Packers the Super Bowl (A big if). Had he been in the playoffs against the 49ers, the results would probably have been different.

With pro players and solid squad to rival any opponent next season, the Wisconsin Cheesehead can be optimistic for a better season this time. The Packer is still a favorite to win the Super Bowl LVII if they play like they did last season.

GM Gutekunst has successfully redrafted the technical bench and added some new talents to watch next season. The ball is now in coach Lefleur’s coat and the players to deliver.