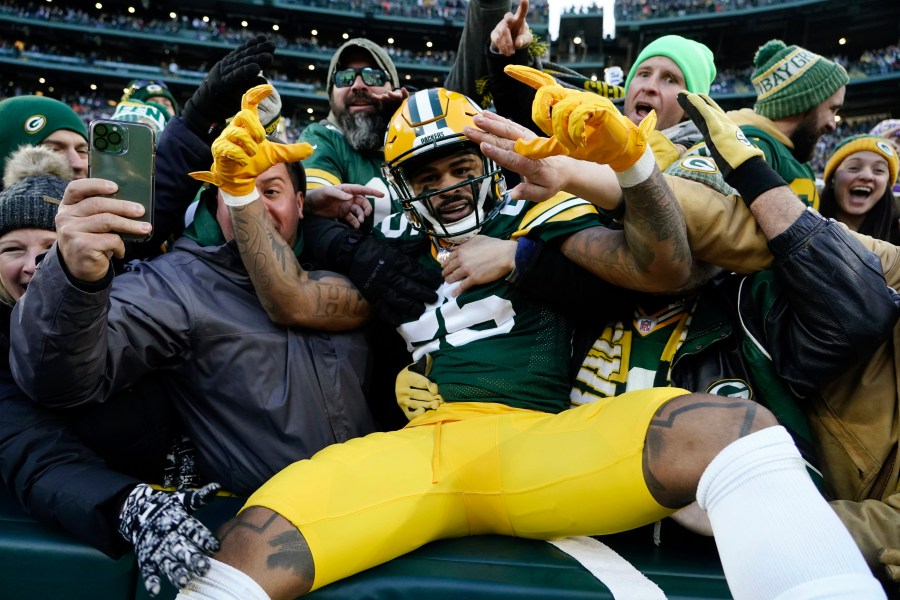 Wow! I did not see that coming. Yes, I predicted the Packers would beat the Minnesota Vikings today, but never did I think it would be a laugher. Especially the way it happened. Over the last 16 years if the Packers won a game 41-17 it was because quarterback Aaron Rodgers threw for three bills and four touchdowns, or something like that. Not today. This blowout came from defense and special teams.

It didn’t start out good. The Packers had a punt blocked on their first possession giving the Vikings a first and goal at the Packers one yard line. Somehow the defense held and the rout was on. Keisean Nixon returned the ensuing kickoff 105 yards for a touchdown and just like that the Packers were on top for good. It was the first kickoff return touchdown for the Packers since Randall Cobb did it in the Packers first game of the 2011 season.

Shortly after that Darnell Savage returned an interception 75-yards for a touchdown and the Packers led 14-3 before the end of the first quarter. To this point the Packers were not quite yet playing complimentary football. As is the Packers wont, the offense struggled again against a very bad defense. The Packers did get finally get Aaron Jones going and Rodgers had a nice touchdown pass to Robert Tonyan, but they did only manager just over 300 yards of offense and again struggled with downfield passing.

Defense is getting it done

The Packers’ defensive turnaround continues to amaze. If we’re not careful Joe Barry is going to end up keeping his job. Since Jalen Hurts and the Philadelphia Eagles lit up the Packers on November 27 the defense has been on fire. Against the Bears and Rams that was expected, but to shut down Miami and Minnesota is a whole different ballgame. If they can do it one more time to another high powered offense they will be in the playoffs.

This was a great win against their arch rival. But the time is going to come when Aaron Rodgers is going to have to be Aaron Rodgers and I’m not sure he’s got it in him. There were some more really bad passes again today. The Detroit Lions come to town next weekend with the final playoff spot on line. Probably on Sunday Night Football. Can’t wait!