If you have been following the national media’s coverage of the Green Bay Packers-Aaron Rodgers “standoff” you are not getting the real story. Not even close. Of course, I don’t know the real story, either, nobody does. Except Aaron Rodgers and Packers GM Brian Gutekunst, that is. But I have a hard time believing some of the crap that has been put out there.

The Packers are being ridiculed in the national media for not improving a team that has been to back-to-back NFC Championship games. Supposedly a cast off from another team is all the Packers need to win the Super Bowl next year. And according to the national media the only way to do that is to commit to Rodgers for 100 more years by renegotiating his contract so that he feels loved and adored by the franchise. Give me a (insert f-word here) break! 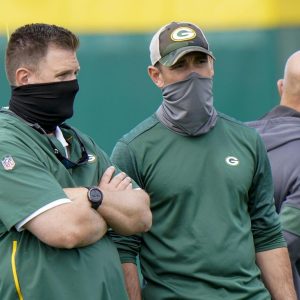 Were there players out there that could have helped the Packers? Maybe. Were they worth the money they signed for? Probably not. Teams with a lot of cap room have no problem overspending on a position of need. Especially this year with the cap likely to explode in two years so they can push money out. The Packers are not in that position cap-wise, because they are not rebuilding. They don’t need to. The Packers are still Super Bowl contenders and if a check a site like https://22bet.ng/casino/ you will find their odds to win the championship remain strong. This team just needs a part here and there and they will be just fine.

Arguably the best free agent out there was running back Aaron Jones, and the Packers signed him. They also kept another of Rodgers’ buddies, tight end Bobby Tonyan. And last fall they signed the best left tackle in the league to an extension to protect Rodgers. And it’s likely they will soon sign all-world receiver Davante Adams to a contract extension. So if Rodgers is indeed still crying about personal he’s a bigger diva than even I thought he was.

Quarterback of the future

The whining about taking Jordan Love with the first pick last year, and running back A.J. Dillon with the second, is another non-story the national media is blowing up. Anybody with a lonely half-brain knows you don’t wait until you need a quarterback to start looking for one. Not unless of course you are the Chicago Bears. Maybe that’s a bad example, they wouldn’t know a good quarterback if one bit them on the ass.

And I’ll tell you what, I love Jamaal Williams to death, but with A.J. Dillon the number two punch now, the Packers offense could reach another level. One fist is iron, the other is steel, if the left one don’t get ‘ya, the right one will! Williams was great, but Dillon adds a whole new dimension with his power and speed. This is going to be fun to watch and it will make life a lot easier for Rodgers.

Throw in Devin Funchess coming back this year, who I think will be a much needed veteran presence opposite Adams, and you have an upgrade at receiver. It is another strong year for receivers in the draft so Gutekunst might have his eye on somebody there as well. The weapons are there so Rodgers has absolutely nothing to complain about. This isn’t the NBA where you can just put all the best players on one team and win a championship.

The Packers are not going change the approach that has led them to 28 straight years of success. I applaud them for not backing down to Rodgers, if that is indeed what is going on. Who knows, maybe Rodgers and Gutekunst are just laughing at all these blowhards.