The Green Bay Packers reached the 53 man roster limit today without any major surprises. Maybe a few eyebrow raisers but for the most part it came and went pretty much as expected. One of the real newsmakers was the placing of tackle David Bakhtiari on the PUP list, meaning he will miss the first six weeks of the season. 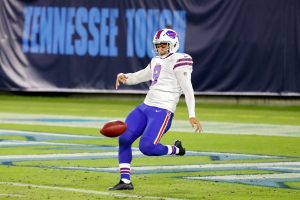 And then there was the release of punter JK Scott. The Packers sent a 2023 sixth-round draft pick the Los Angeles Rams for punter Corey Bojorquez. Bojorquez spent the last three years with the Buffalo Bills, averaging 50.8 yards a kick last year. So not sure why the Bills didn’t want to pay up. Anybody would be better than Scott, though, so this is a good move.

Are you streaming the NFL this year? Make sure you don’t miss a second of action by having a connection to the fastest VPN servers you can find. VeePN has more than 2500 servers for a high speed as well as a secure VPN.

The Packers will go with only two quarterbacks on the roster with the hope that Kurt Benkert makes it through waivers to the practice squad. At wide receiver Malik Taylor got the sixth and final spot. Taylor was outstanding in the preseason.

The Packers kept four tight ends and I can’t see any of the four being cut when Jace Sternberger returns from suspension. Sternberger could be headed to the practice squad.

Depth on the lines

On the offensive line the Packers kept nine guys. It will be interesting to see what they do when Bakhtiari returns providing everybody stays healthy. On the other side of the line they kept six. I really wanted to see Jack Heflin make it and he did. Heflin, along with rookie T.J. Slaton add some new blood to the defensive line.

At linebacker I’m glad they kept Chauncey Rivers. I think he has a chance to be a player. At cornerback they kept six, including fifth-round draft pick Shemar Jean-Charles and recently acquired Isaac Yiadom. Jean-Charles has caught my eye, I think he, too, can be a player.

It’s a little surprising they only kept four safeties, so that could be a position they might add to in the next few days after players clear waivers. Or maybe they get a few of the guys they cut on the practice squad and go from there.

And now we wait. A bye week before the season even starts. Ugh!