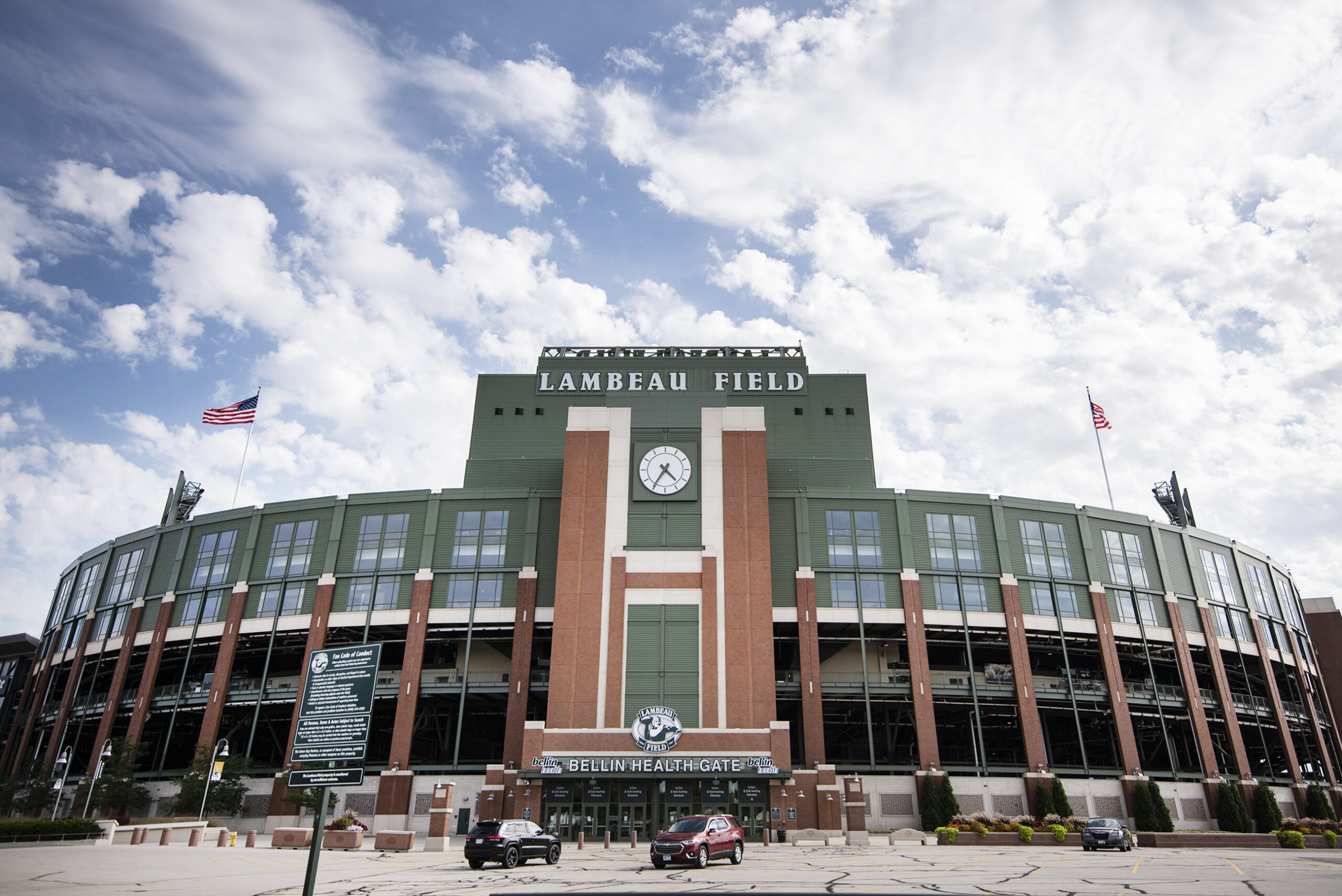 In their 102 years of existence, the Green Bay Packers have given us some of the best football games in league history. The Packers have won 13 league championships, with four of them being Super Bowl wins. The team has a great history and, with it, many notable games to remember.

Overall, The Packers have given their fans and football fans some memorable games over the years. The emotion, the drama, and the spectacular display of football in some of these games are some the best in NFL history. If you are an ardent fan of the Green Bay Packers, you can leverage their impressive betting odds on great sportsbooks. Perhaps, you can relish hot games on this online website where you can win some cash and boost your bankrolls as you interact with the latest casino releases.

They have gifted America’s most popular sport some of the best action over the years. These games have become highlights of the sport’s history and will forever be remembered by packer’s fans and rivals.

The Packers entered this game against the AFC champions, the Pittsburgh Steelers. This was the fifth Super Bowl for the Green Bay Packers and the eighth appearance for The Steelers. The Packers had finished the regular season with a 10-6 record while the Steelers had a 12-4 record.

The Packers led the game initially with a 21-3 lead before The Steelers cut it back to 21-10 right at the halftime whistle. Midway through the fourth quarter, The Steelers cut their deficit 28-25 with wide receiver Mike Wallace catching a 25-yard touchdown pass from quarterback Ben Roethlisberger and added the two-point conversion. The Packers responded with a 23-yard field goal by Mason Crosby with about two minutes to go and fended off the Steelers from scoring on their final drive for the game.

Green Bay Packers quarterback Aaron Rodgers was named super bowl MVP. GBP winning the super bowl and being the wild card team in the game was a fantastic feat.

This game is forever immortalized as the Ice Bowl and is ranked among the top 100 greatest NFL games of all time. The game was played on December 31 in the coldest weather ever played. The temperature averaged -15 °F, and the rivalry between the two sides made it an epic game.

The Packers took the lead with a 14-0 score after two touchdowns by Bowd Dowler from quarterback Bart Starr’s passes. The Packers fumbled late in the first half, and the Cowboys scored twice, cutting the deficit to 14-10.

In the second half, The Cowboys were on the long drive in packer’s territory. The Cowboys lost the ball on a fumble but took the lead with a half-option play by Dan Reeves. The score was 17-14. The Packers were down. Bart Starr, the Packers executed a short-yardage play using a double team block and an opening for the fullbacks. He crossed the goal line for a 20-17 lead, and Don Chandler kicked in a point to give the packers a 21-17 win. The game was over, and the Packers were heading to the Super Bowl II. 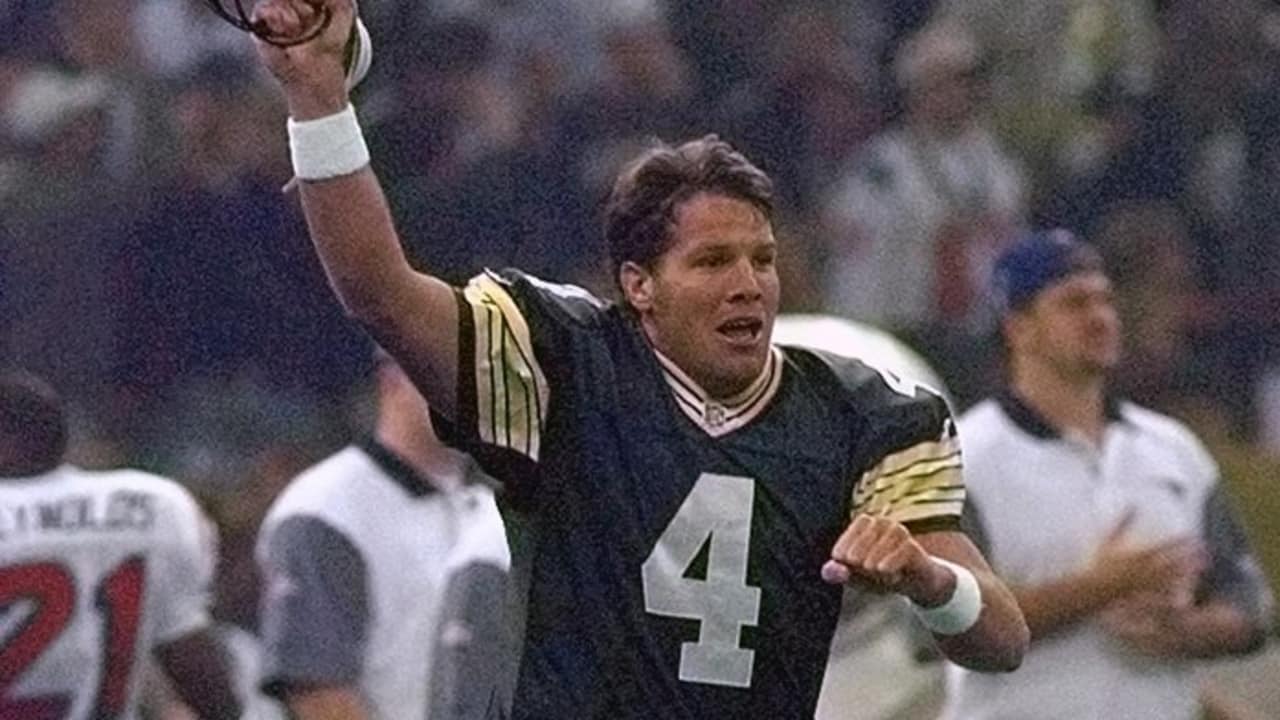 In January 1997, The Packers were back to the Super Bowl after missing in action in the 1970s and 1980s’ only making the playoff twice during that period. They were going to play versus the Patriots, who had finished the regular season with an 11-5 record. The Super Bowl was played at Louisiana Superdome in New Orleans, Louisiana.

Green Bay opened the scoring with a 54-yard touchdown pass from Brett Favre to wide receiver Andre Rison. The Packers running back Dorsey Levens caught a pass for 14 over the next two plays setting Chris Jacke’s field goal and making the score 10-0.

The Patriots fought back and brought the score 10-7, thanks to a 1-yard touchdown pass by Drew Bledsoe to Keith Byars. The Patriots then scored another touchdown and led the first quarter, 14-10.

Packers quarterback Brett Favre threw an 81-yard touchdown pass to receiver Antonio Freeman. That touchdown pass set a Super Bowl record. The Packers regained the lead again with a 17-14 score. Then they drove to the 14-yard line and scored a field goal increasing their lead to 20-14, and increased their lead before the halftime to 27-14.

The Patriots scored a touchdown in the third quarter, reducing The Packers’ lead. The score was 27-21. The Packers responded with Farve making a pass to Mark Chmura, who made a two-point conversion. They further extended their lead to 35-21. The score line did not change till the final whistle. The Green Bay Packers were crowned Super Bowl champions for the third time in their history. This Super Bowl final was unique due to the number of individual and team records set in the game:

Record sets by the teams include:

The game was played at Green Bay Packer’s home ground, Lambeau field. The Packers were down 13-7 against the Chicago Bears near the game’s dying minutes. The Packers quarterback Don Majkowski led the team to a game-winning drive. He made a touchdown pass to Sterling Sharpe with less than a minute to play.

The line judge initially penalized Majkowski for being beyond the line of scrimmage when he threw the pass. A review of the play was called. This is why the game is known as the instant replay game. The Packer’s fans and players had to wait nervously for several minutes for the review to be completed.

Everybody in the stadium erupted with joy when the touchdown play was given. It was the first time the Packers had beaten The Chicago Bears since 1984. They would later beat the Bears again in that season.

The second edition of the Super Bowl was played at the Orange Bowl in Miami, Florida. The Packers were the defending champions and the favorite to win the game.

The Packers dominated The Raiders. They opened the scoring with Don Chandler’s 35-yard field goal. They continued to dominate the second quarter with Boyd Dowler outrunning The Raider’s defense and scoring 62-yard touchdown reception, increasing the packer’s lead to 13-0. The Raiders responded by scoring a touchdown from a pass from Daryle Lamonica to receiver Bill Miller. Chandler then kicked a field goal increasing The Packer’s lead. The game at halftime was 16-7.

In the second half, the Raider’s chance of making a comeback dwindled. The Packers increased the lead to 23-7 and a further to 26-7 with Chandler’s fourth field goal. In the fourth quarter, The Packers put the game out of reach when Herb Adderly incepted a pass meant for the Raiders wide receiver. He returned it 60 yards for a touchdown to make it 33-7.

In response, the Raiders scored in the next drive, but it was now too late. The Packers were victorious; that was the last game for Vince Lombardi as their coach. Cementing his legacy has one NFL’s best coaches of all times.

The Packers entered the third game of the 1992 season, losing the first two games. Don Majkowski was taken out of the game with an injury. A young Brett Favre stepped up to fill the injured quarterback’s position. This was his first game, and he led The Packers to a fourth-quarter comeback.

It was the beginning of his legacy at green bay packers. The Packers were down going into the fourth quarter, 17-3. Favre led the Packers to a 24-23 win after 35-yard game-winning touchdown pass to Kitrick Taylor with 13 seconds left. After this game, Favre would become The Packers starting quarterback until 2008. 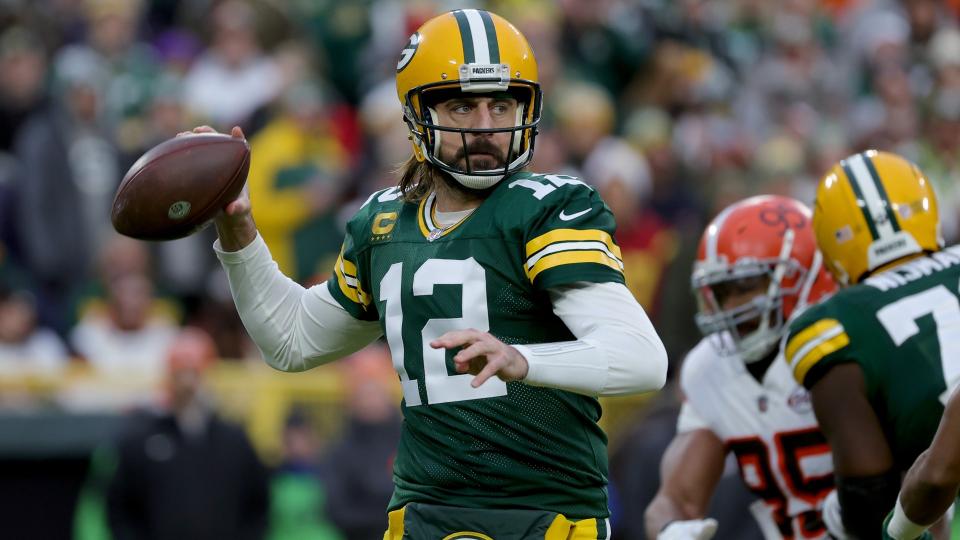 The rivalry between the Packers and The Bears football teams dates back over a century. The two teams are the oldest in the league, and any time they meet game is bound to be exciting. The 2011 playoffs were the second time the two teams met in the playoff.

The Packers started strongly and took an early lead of 14-0 on quarterback Aaron Rodgers rushing the touchdown. They lost their starting quarterback due to injury in the second quarter, and his replacement, Todd Collins, failed to change their fortunes.

Caleb Hanie was brought in as the Third-string quarterback. He was able to get the bears back to the game and led them to a touchdown. The score was now 14-7 on the next bear drive. Hanie would be intercepted by B.J. Raji, who took it to the touchdown, making it 21-7. The Bears replied with a touchdown to narrow the lead 21-14.

This game is sometimes known as ‘snowball.’ The Packers and The Seahawks met again for the playoff at the Lambeau Field. The Seahawks took an early lead with a score of 14-0 in the first quarter by recovering two fumbles by The Packer’s drive and then touching down each time.

The Packers running back Ryan Grant went on to rush 27 times for 207 yards and scored three touchdowns. Quarterback Brett Farve threw three touchdowns, and The Packer’s defense only allowed two Seahawks’ field goals for the rest of the game. The Packers beat The Seahawks 42-20 under a snowstorm.

Pundits predicted The Packers would beat The Chiefs. The Chiefs kept up with The Packers in the first half, but The Packers dominated the second half, winning the game with a score of 35-10. This was the first Super Bowl final win for The Packers, who would win the following year’s Super Bowl with their legendary coach Vince Lombardi.

The Packers quarterback Aaron Rodger threw three touches down. He ran for another, leading The Green Bay Packers to victory against the top-seeded Atlanta Falcons. He completed 31 of 36 passes and put more yards than Packers’ former quarterback Brett Favre ever threw in a playoff game. Aaron Rodgers’s performance in that game was stunning. It is one of the best games he has ever played. This is how the game panned out in the four quarters.

The Packers got sweet revenge over The Vikings, who had beaten them twice the previous season. Brett Favre traveled to play his former team, The Packers, at the Lambeau Field. The Vikings quarterback was intercepted three times in the second half. The Packers held them off, finally getting victory over their former quarterback.

The games above capture what the best games played by The Packers are. The games overall were very competitive from start to finish. They showed big play by The Parkers and the opposing side. The excitement and drama around the games are things to remember. The games were very distinct from others under the circumstance they were played and what the victories meant.