The historic stadium at Lambeau Field witnessed a first recently, as it hosted its first high-profile soccer match. Two of the biggest teams on the planet came together in Wisconsin to take part in a non-competitive game as part of their pre-season preparations. 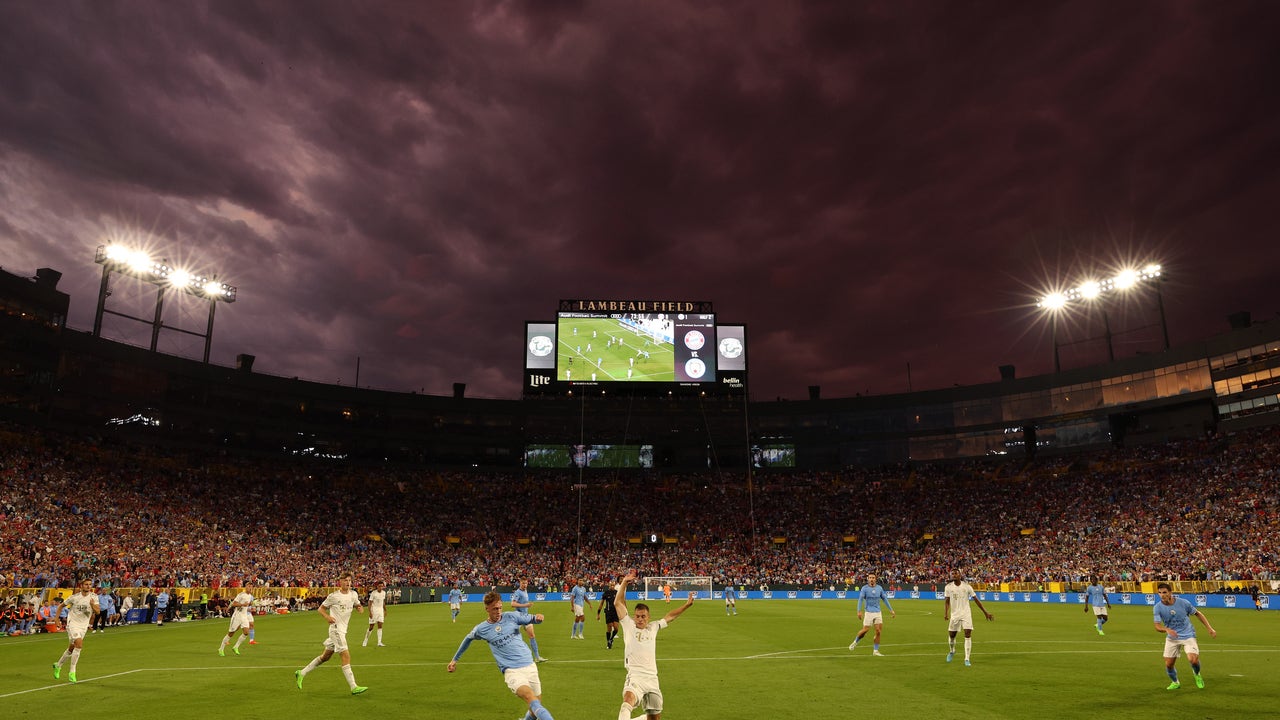 The oldest NFL stadium to be in continual use was filled with close to 80,000 spectators for the meeting between the English champions, Manchester City, and their German rivals, Bayern Munich. The rain fell heavily throughout, but the fans enjoyed a rousing affair which the English team eventually won by just one goal.

Norwegian forward Erling Haaland scored the only goal in what was his debut for Manchester City, with the goal coming in the 13th minute. While soccer games normally last for two periods of 45 minutes, the match officials were forced to reduce it to a couple of periods of 40 minutes each, due to the weather delays.

Both teams had previously played games on their North American tour, with the Germans playing D.C. United in Washington and the English champions taking on Club America in Houston. The venue at Lambeau Field is notable for not being big enough for a regulation-sized football field, but it was still an enjoyable spectacle as the new field of play was marked out with unfamiliar lines.

If we look at the latest football betting odds from William Hill, Manchester City is currently priced as favourites to win the English Premier League again this season. Behind them in the odds are other world-famous teams like Liverpool, Tottenham, and Chelsea. Combined bets include a variety of factors, such as Haaland leading the scoring charts in the league.

The Differences Between the Sports

The contrast between the sports of soccer and football was clearly shown here, with Packers fans used to seeing higher-scoring games than this in their stadium. In fact, Bayern Munich didn’t even manage to get a single shot on the goal through the 80 minutes, although many fans spoke positively about the fast-flowing nature of the game despite the relative lack of goals.

With the Green Bay Packers in their training camp getting ready for the regular season, which is set to start soon, it was interesting to see how the global appeal of these top soccer teams helps them to carry out international marketing. Gabrielle Dow is the vice president of marketing and fan engagement for the Green Bay Packers, and she pointed out that the soccer clubs have next-level reach.

Dow said that the teams have various social media accounts in different languages, with Bayern Munich having 33 million followers on Instagram compared to just 2.5 million for the Packers’ account. Many locals were drawn to the event out of mere curiosity, but the popularity of these European teams is such that they also have numerous fans in the Green Bay area who were delighted to see their heroes in action.

It remains to be seen whether this game was simply a one-off or whether it provides the start of a new relationship between football and soccer that benefits everyone.