The Green Bay Packers lost to the San Francisco 49ers last Friday in the preseason opener for both teams. Preseason games today are really just joint practices using game rules. All they do is give us fodder to way overanalyze players and teams. Am I guilty of that? Hell yeah. Here is what I saw. 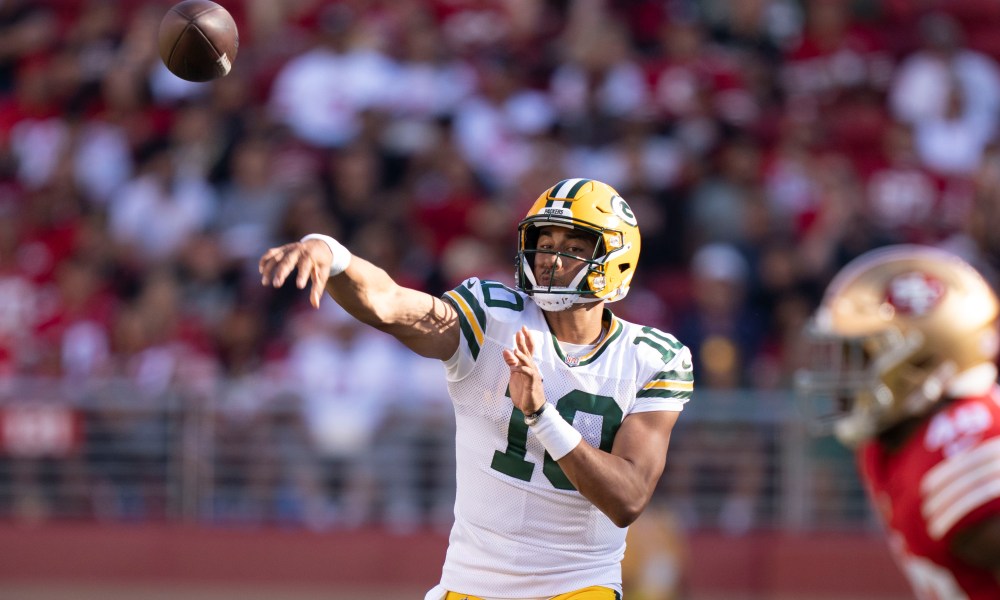 Nobody in the NFL has been overanalyzed more than Jordan Love the last three years. Probably the only person to garner more negative media coverage in that time is Donald Trump. Love has been included in the biggest busts of all time lists from coast-to-coast even though he has played in only one really meaningful game.

Yes, he played a half against the Lions last year but that was with backups at every skill position. He still put up more points than Rodgers did in that game. I think the Love we saw Friday looked much better and more confident than anything we saw last year. All of these pundits seem to forget it took Aaron Rodgers three years of sitting to make him an MVP. At least Rodgers had preseason games all three years and quarterback school during that time. Love didn’t.

Need some help with your picks this season? Check out Picks For Tonight. Their sports betting model runs 10,000 simulations for every single game to give the best picks for tonight. Start winning tonight.

The headlines for Love mostly called out “his” three interceptions. Even though two of those were drops by his receivers. Training camp star Romeo Doubs had a nice 33-yard touchdown catch but also had two terrible drops that have to be a little concerning. Second round pick Christian Watson was activated yesterday and he has a reputation for drops, so it will interesting to see how this plays out. Rodgers did keep faith in Marquez Valdes-Scantling through his problem with drops, so maybe he’s softening a little.

What I saw from Love is a guy who is getting closer to being ready to play. He has a strong arm and good mobility. Going to be fun to watch him the next two games. He’s already better than anybody Washington or Seattle has. If you are looking for trade partners.

Special teams get a glimpse

Rich Bisaccia’s special teams unit got off to the worst possible start. The Packers get the opening kickoff and right off the bat get a holding penalty on the return. I’m thinking this is going to be more of the same for this beleaguered unit and I just have to understand it’s not fixable. But they did bounce back. Amari Rodgers had a 50-yard kickoff return and other than a kicker that has since been cut, there were no further miscues.

General manager Brian Gutekunst commitment to the offensive line is paying dividends. He had invested heavily in the o-line the last two years and it has been crucial with the unit be struck by injuries hard over the last year. There were two rookie starters last year on the line its looking like at least one this year.

This week’s game against the New Orleans Saints might be a little more spirited. The two teams will have joint practices two days this week. You usually see a fight or two in those settings. I hope Love plays at least three quarters this time.