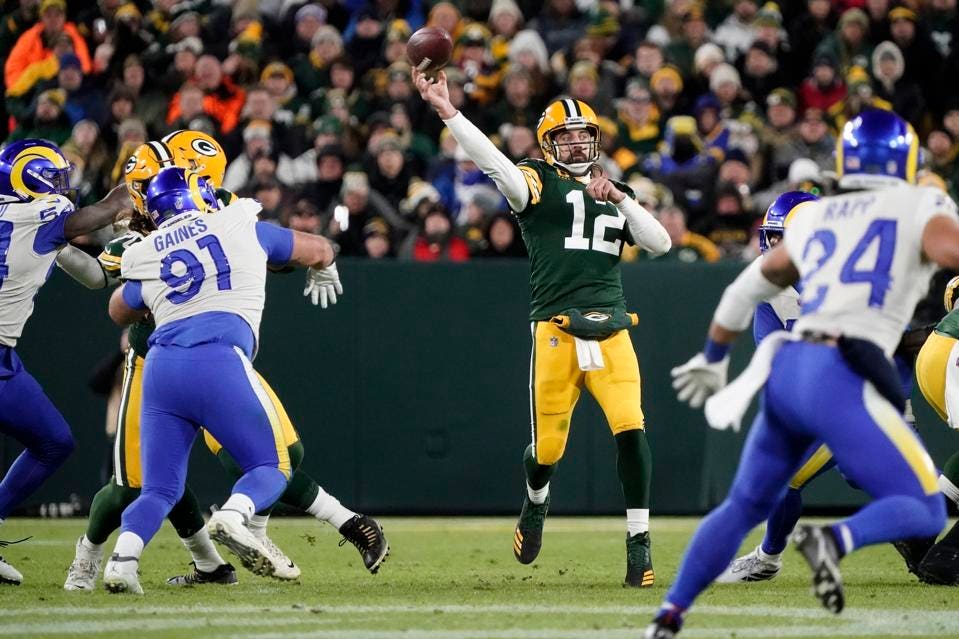 There is no way in H-E-double toothpicks I would have thought that in week 15 the Green Bay Packers would be fighting for a playoff spot. Fighting for the division, yes, I figured the Vikings would be in the hunt there. But never did I or probably any other Packers’ fan think they might not make the playoffs this year. Yet here we are. It’s doable. Find out how here.

The Packers will take on the equally woeful Los Angeles Rams on Monday Night Football tomorrow. Going into the season this had the makings of a ratings bonanza. The defending Super Bowl champs against Aaron Rodgers and the Green Bay Packers making one last run with their legendary quarterback. Oh well.

Even though the Packers are not really in the hunt for the Super Bowl you can still have fun with live NFL betting odds. Find out absolutely everything you need to know to make find a winner. From trends, to stats, to informative previews of the games that interest you. This is how the sharps do it.

The Packers’ offense has shown some signs of life the last few weeks since the emergence of wide receiver Christian Watson. The Packers are directly in the middle of the pack on offense while the Rams are second to last. The Rams have been devastated by injuries and will have their fourth different starting quarterback when Baker Mayfield takes the field Monday night.

It was almost a year ago Mayfield played in Lambeau Field and it did not end well. He threw four interceptions in a 24-22 loss. The Browns were running the ball all over the Packers that day, the only way they could lose was for Mayfield to screw it up. He did. I’m sure you all saw the Thursday heroics by Mayfield. That ain’t happing again folks. Jaire Alexander said the Packers should get seven picks against Mayfield. I’ll settle for three. Packers 24, Rams 16.